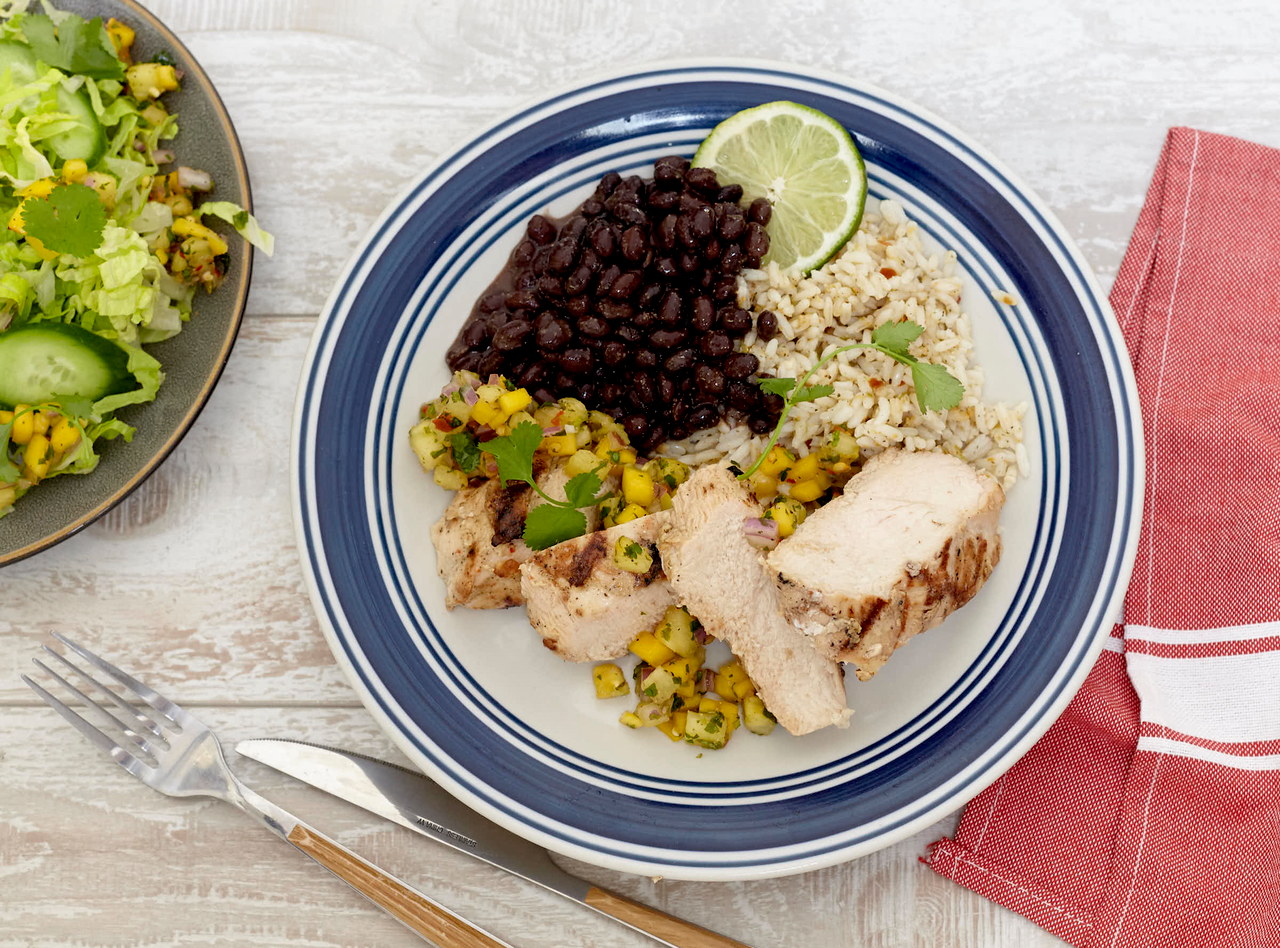 Chicken was marinated well, but was a little dry.

chicken ran out super quick, and the big pieces required a knife. we had rice, beans & salad leftover.

A big hit!!! The Salad and Salsa was a big it too!

This was some really great chicken, lots of flavor and not too dry!

The meal was delicious and the flavors were bold and delicious. The chicken was on the dry side.

slightly dry, could have been a bit more flavorful

Chicken tasted uncooked but the texture showed it was cooked.
Chicken. It felt weird. Perhaps not done all the way through.
Chicken did not taste good.
Too much pineapple in the other dishes, odd tasting chicken
The chicken seemed slimy and undercooked.
The chicken was undercooked and inedible (2nd time in last 5 meals this was the case)
The chicken and pork were both overcooked or overmarinated -- the texture on both was not the normal texture of pulled pork or even braised chicken, but they were mushy and spongy. Because of this, they were inedible for me.
The chicken, texture was kind of off.
My chicken had a very weird texture - it was very mushy. My friend's chicken was raw in the middle.
Chicken was a little weird