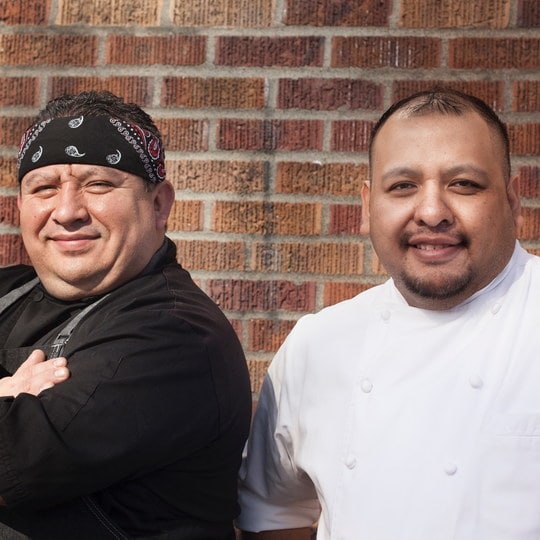 Born and raised in Mexico City, cousins Frankie and Edgar share a passion for authentic Mexican food based on fresh, local ingredients and inspired by original family recipes from their mothers and grandmothers. Together, they formed CocinaMX32, a Seattle-based catering company delivering delicious regional cuisine infused with the flavors of their native Mexico.

Frankie brings more than 15 years of experience in the Seattle restaurant industry, including as chef for Argosy Cruises, Mandalay Café, Oba Chine, and the Washington State Convention & Trade Center.

Edgar started his career as a chef in Mexico before moving to Los Angeles, where he worked at Cabrera's, El Cholo, La Guelagetza, and other Mexican restaurants. His original recipe earned him an award for best local ceviche in LA.